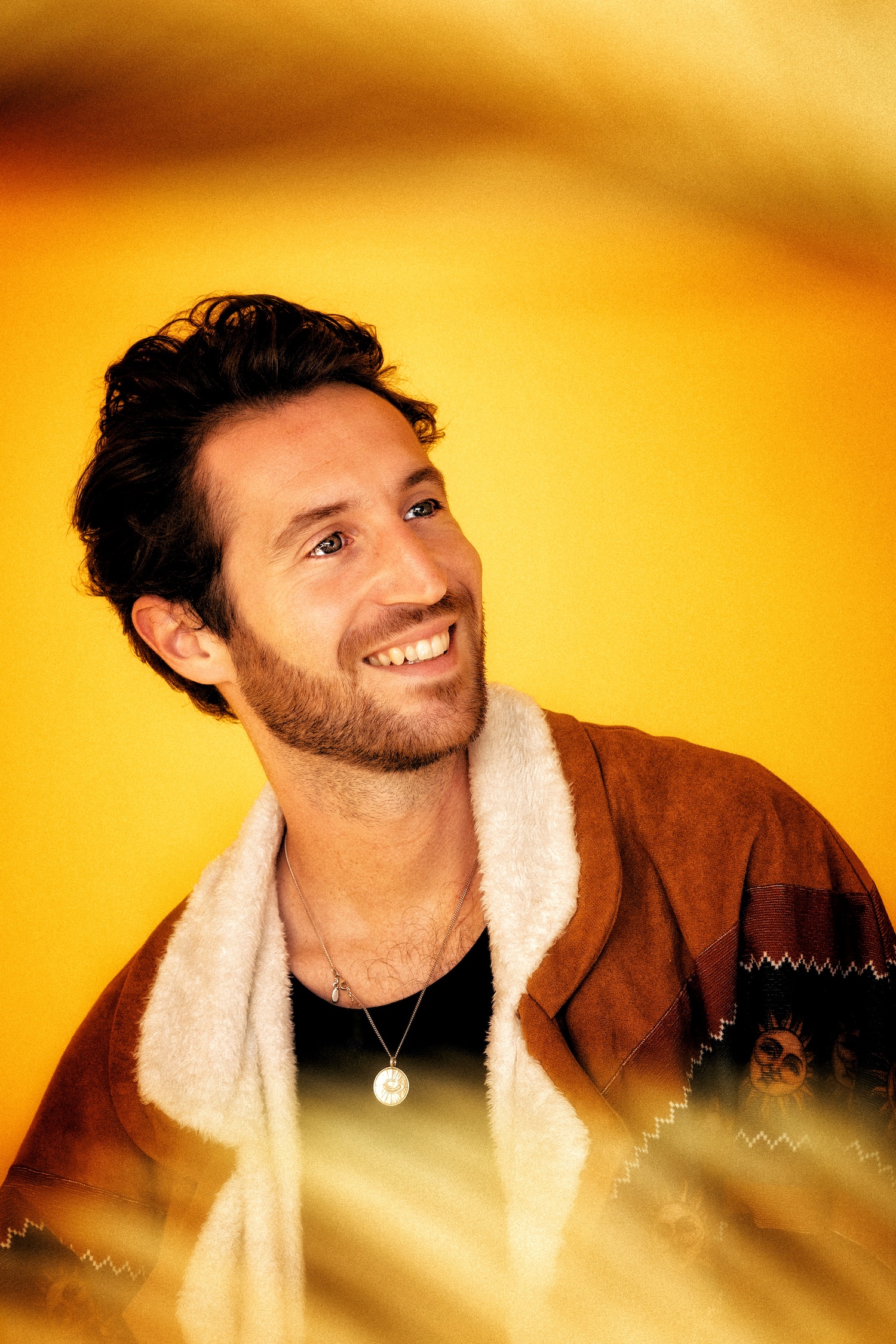 Broken Back is a French singer-songwriter and musician from Saint-Malo. His artist name is no coincidence. It was in 2012, when he was destined for a career in business, that the young man launched into music: forced into a long convalescence after a spinal displacement, he took his old guitar out of the closet and modeled his first songs in his room. He was then spotted on digital streaming platforms by releasing a cover of a Bon Iver song on SoundCloud. Very quickly a fan-base was formed around his videos.
The general public discovers him with his first composition Halcyon Birds and the young singer-songwriter does not take long to take his place in the musical landscape. In 2016, he released his first self-titled album: Broken Back. A recognizable voice among all and hovering melodies between a natural folk and an electronic sound. In 2017, when his first EP accumulated 80 million streams in France and nearly 200 million worldwide, Broken Back was nominated for the Victoires de la Musique in the Stage Revelation category. Following this first success, he collaborated with renowned DJs and artists such as Synapson, Klingrande, Kygo and Nolwenn Leroy. At the same time, he travelled the roads with his inseparable instrument and his musicians. More than 250 concerts around the world.
Two albums later, Broken Back signs with the label Inside Records and marks a return to its DNA: a folk / nylon guitar coated in an electro texture with its very particular voice.